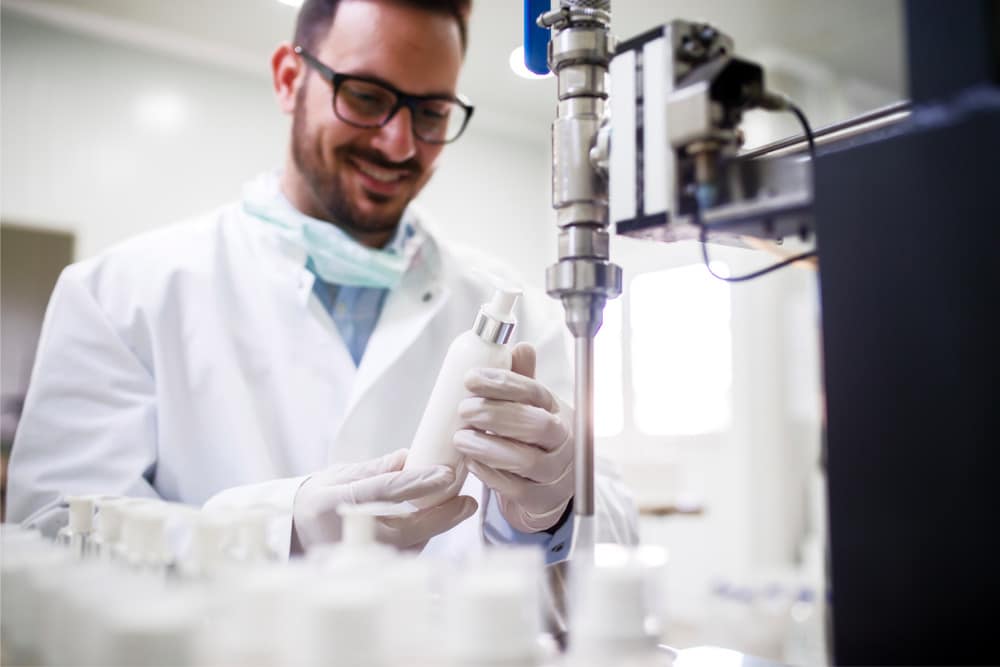 There is an ever-expanding UCO (used cooking oil) market as manufacturers discover a number of uses for it, from biofuels to cosmetics. It is also known as “yellow grease” or “liquid gold.” It is a very desirable commodity and unfortunately, some companies aren’t using the best practices to pick up and redistribute the product.

We don’t know about the supply that other companies pick up, but the waste vegetable oil we buy from companies goes straight to our processing center first.

There, we filter the oil and remove the tiny bits of food, flecks of spices, sauces, and other unwanted liquids and debris. We then deliver the processed oil to our partners who reuse the oil for a variety of products.

What is Used Cooking Oil used for: An Ingredient in Makeup, Soap, and More

The list below doesn’t make up the industries of the manufacturers we supply to, but it includes the main yellow grease uses:

Let’s discuss each of these a little bit further. 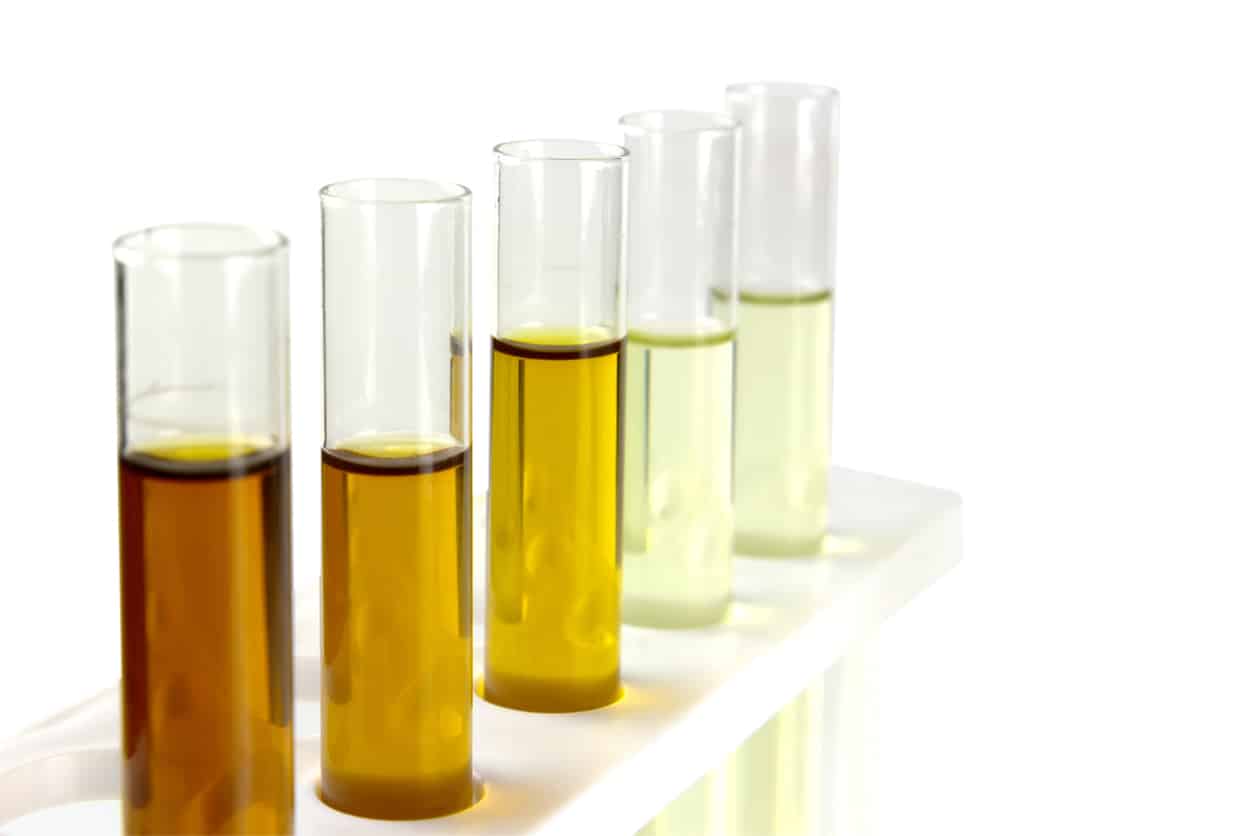 Because of the expanded U.S. Renewable Fuel Standard, biofuels are in high demand. This standard is a federal law that mandates suppliers of transport fuels (diesel and gasoline) to inject a small percentage of biofuels into their products. It aims to reduce greenhouse gas emissions and the United States’ dependence on non-renewable petroleum. It ensures that you don’t fill your tank with pure diesel fuel, but with a 2%, 5%, or 20% biodiesel blend.

Other countries are also implementing similar laws. Meanwhile, Dubai is leading the change in sustainable fuel for transport: it is now the first city in the world to adopt 100% biodiesel fuel, and it’s starting with its municipal cars.

Saponification, or the chemical reaction that produces soap, has two primary ingredients: an alkaline base (usually sodium hydroxide, also called lye) and fat (oil). It is a straightforward process that you can actually do in small batches at home – but we are talking big manufacturers here.

Two popular methods of soap production are the cold process and hot process. They vary a little, and both start off by heating the oil to 110°F (43°C) before adding the lye solution. The oil and lye are then blended until the mixture reaches trace — the stage where the soap has emulsified and is ready to be poured into a mold.

Manufacturers can also add other natural ingredients, such as essential oils, milk, coloring, and exfoliants like oats, sandalwood powder, and ground coffee. These artisanal soaps are very popular because of their unique textures, smells, and colors. Their pH levels and moisture content are comparable to commercial soaps.

Oil is a crucial ingredient in making cosmetics, from makeup like foundation, lipsticks, concealers, and eye shadow to skincare and hair care products. These can contain 1% to 99% oil concentration, which is responsible for their soft texture and easy-to-spread quality.

Cosmetics manufacturers add yeast to UCO, allowing it to ferment and produce biodegradable surfactants (also called sophorolipids). It is a natural by-product that’s highly attractive to manufacturers for two reasons:

Animal feed producers are now recycling fats and oils to make food for livestock. The process, however, is more complicated than soap making or cosmetics manufacturing. Feed producers in Australia, for example, must meet strict criteria for their UCO sources, formulation, and purification and incorporation processes. Similar procedures are also implemented in Europe and other parts of the world.

Incorporating UCO in stockfeed reintroduces wasted cooking oil into the food chain, so producers must take extreme care in their production. Contaminated feeds compromise livestock health and meat quality, which could, in turn, affect human consumers. The bottom line is that if UCOs are processed correctly through the right company that keeps food safety standards in mind, there isn’t anything to worry about.

Fertilizer in the Future

A recent discovery by a team of chemists at Flinders University in South Australia could kick-start another market for UCO. They developed a new, controlled-release fertilizer polymer made from sulfur and used canola oil. It could hold nitrogen, phosphorus, and potassium and gradually release nutrients into the soil through water diffusion. The researchers said they could even adjust the polymer matrix to regulate how fast and how much it or how little the fertilizer releases into the soil.

As a natural fertilizer, the canola oil-sulfur polymer is a promising alternative to commercial fertilizers. It doesn’t have the same environmental risks such as eventual phosphorus deficiency in the soil and fertilizer runoffs.

An Industry with Economic and Environmental Benefits

Recycling cooking oil companies can make a significant, positive impact on thousands of lives through its role in environmental preservation and by generating new markets, business opportunities, and jobs.

Europe is currently making the most use out of the global UCO industry, followed by South America and North America. Global used cooking oil demand is driving massive market growth

Why is the growing UCO market beneficial to a food stall operator, restaurateur, fast-food chain franchisee, or any owner of a business that generates large quantities of used cooking oil? It creates many avenues for proper UCO disposal (no more pouring of oil down the drain and clogging plumbing), achieving sustainability goals (fulfilling your organization’s green goals) and generating extra income for your business (selling your used vegetable oil to UCO buyers like GF Commodities).

You can learn more about how recycling UCO can benefit the environment and your business. Get in touch with GF Commodities, and we’ll be happy to tell you more about our services.